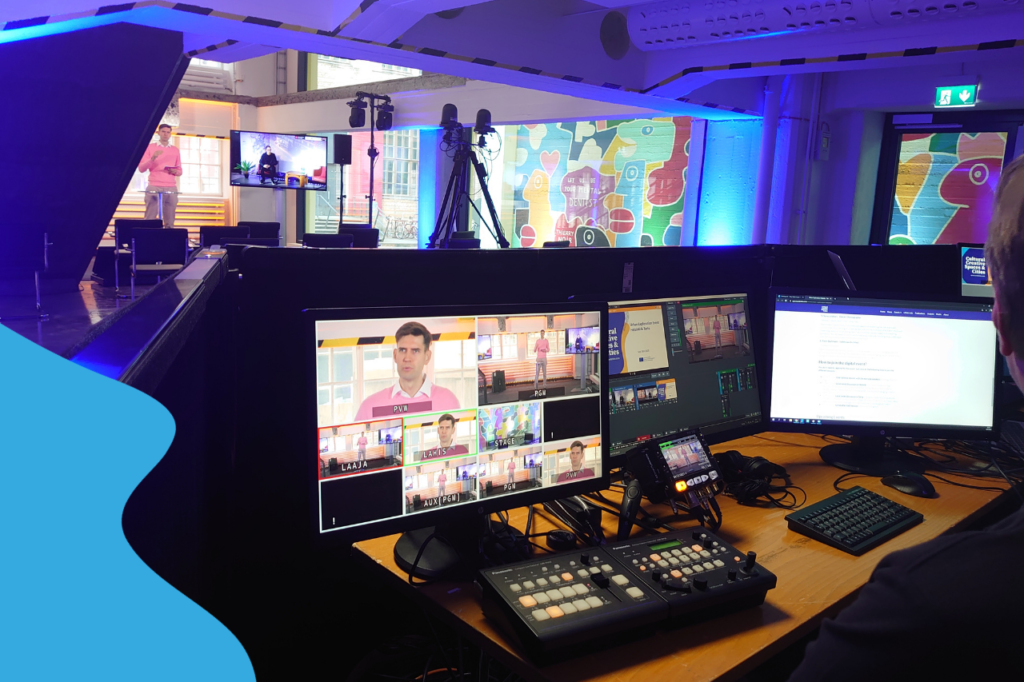 Co-produced across two northern cities Helsinki and Tartu, the programme was live-streamed in two parts, whilst also gathering twenty people in Kaapeli and approximately 40 people in Aparaaditehas.

“You are only as valuable as you are diverse.”

Perttu is an inspiring and thought-provoking speaker who has received excellent feedback on his ability to bring fresh ideas to disruption, the evolution of work and education. As a member of Generation Z, he has unique perspectives on the changes ahead and happening already.

In Kaapeli, Perttu gave an inspirational speech on co-creation, values ​​and diversity. Available to watch here.

Car-Free Avenue became a hot spot for different events like dance courses, morning yogas, national radio broadcast pop-ups, concerts and more. And what’s most important – it created a public discussion all over Estonia on climate change, excessive car-ownership and different methods in tackling the issues of building a sustainable future.

The Helsinki Model is a model for participatory local cultural work, which encourages art institutions and professional groups of artists to expand their operations beyond their facilities. It also encourages them to work collectively with the residents and communities of various neighbourhoods.

“All the City’s a Stage: Culturing Non-Spaces in Tartu and Beyond”

In the 2010s, the concept of “non-Tartu” emerged among Tartuvian writers, photobloggers and flaneurs to signify fascination with the fringes, blank spots, derelict areas and other “non-touristic” spaces in the city. By the end of the decade, it had inspired several acts of appropriating those spaces for artistic events, turning them into ad hoc stages or venues. This practice is not unique for Tartu – but each urban space presents its unique possibilities.

The Arts and Culture Vision Committee examined the role of arts and culture in the city in the long term, setting objectives for promoting arts and culture and presenting measures for achieving them. The committee prepared policies for Helsinki, based on which parties operating in Helsinki, including those unaffiliated with the City, could promote the fulfilment of the vision.

Watch Sonya’s inspiring talk here and hear an insight into the city’s new vision of art and culture from an artist’s perspective.

Karin is a second-year doctoral student in the Estonian Academy of Arts, in the department of architecture and city planning. Karin spoke about the process of making the city centre of Tartu biologically (and socially) a more diverse and active environment.

After the keynote speeches, a local panel discussion took place in both cities simultaneously.

The topic in Helsinki focused upon the Helsinki Art and Culture Vision 2030, with panellists that included Mari Männistö, Director of Culture of the City of Helsinki, Dancer Sonya Lindfors, Stuba Nikula, CEO of the Event Foundation, and Kai Huotari, CEO of KOY Kaapelitalo. This is available to watch here (in the Finnish language).